Robin's Photo of the Day My world in images 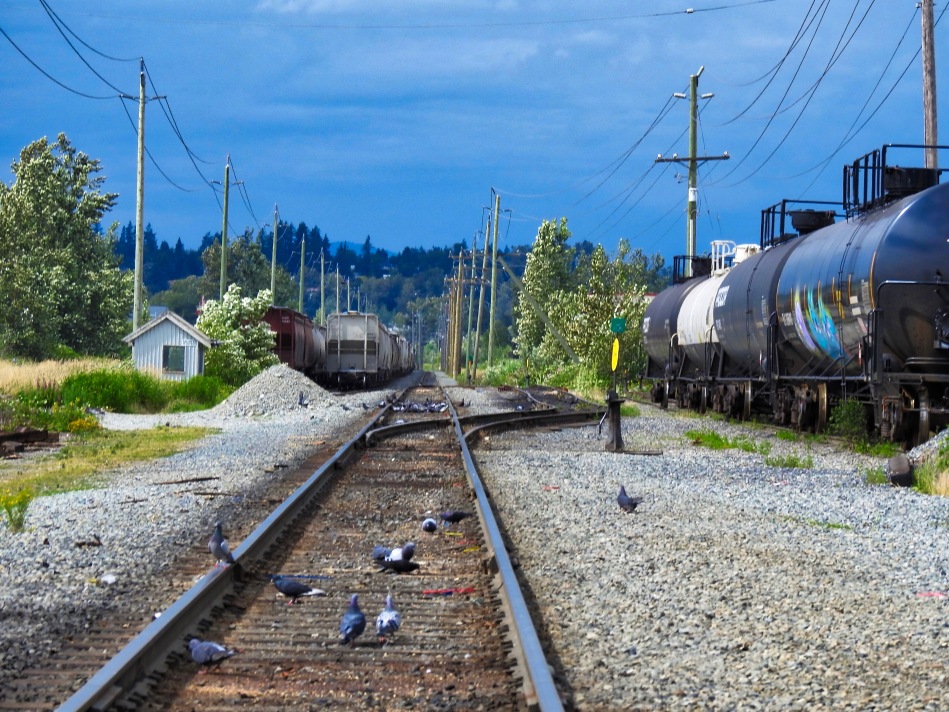 Pigeons on the tracks running northbound from Huntingdon. 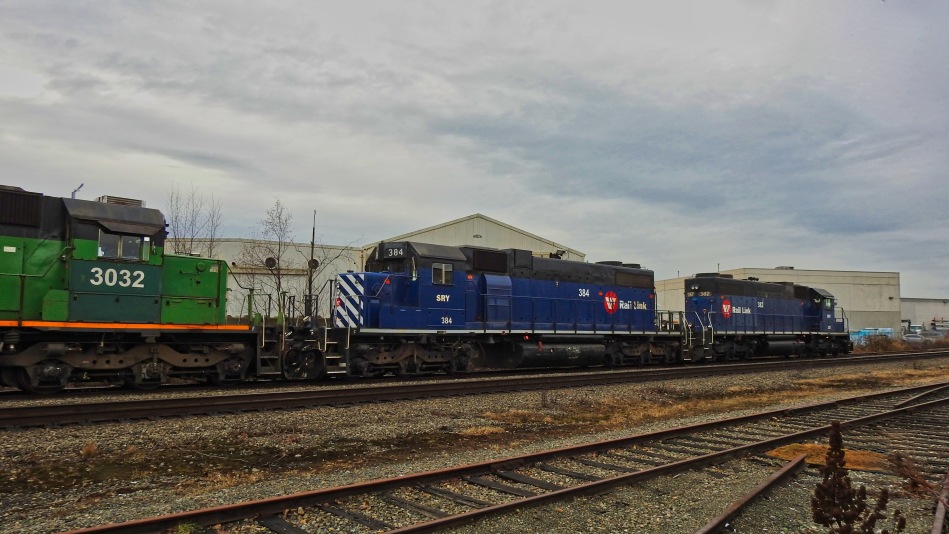 Two SRY Locomotives, a CITX green monster and another SRY bringing up a foursome, waiting with a mixed train for clearance westbound at Langley. 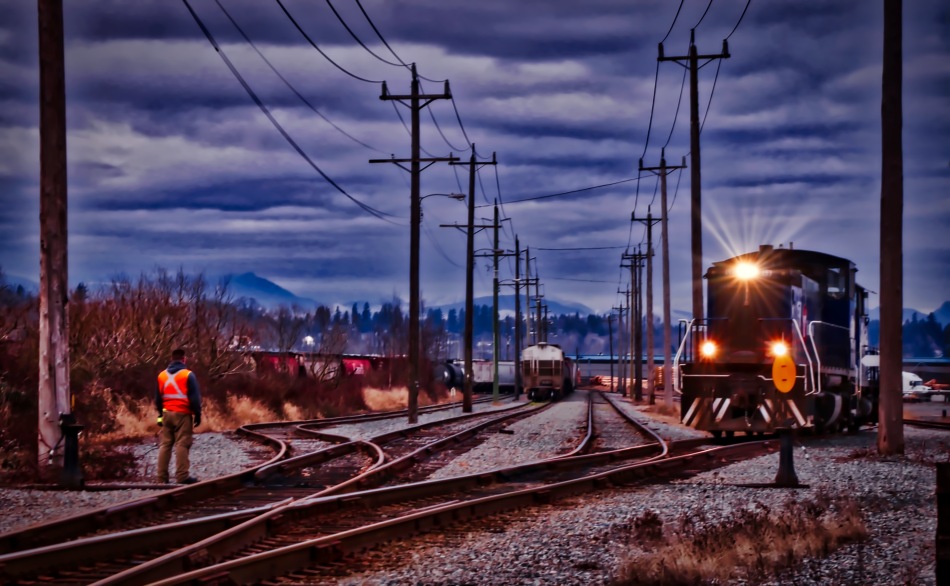 Building a train in yard at Hungtingdon, Abbotsford. 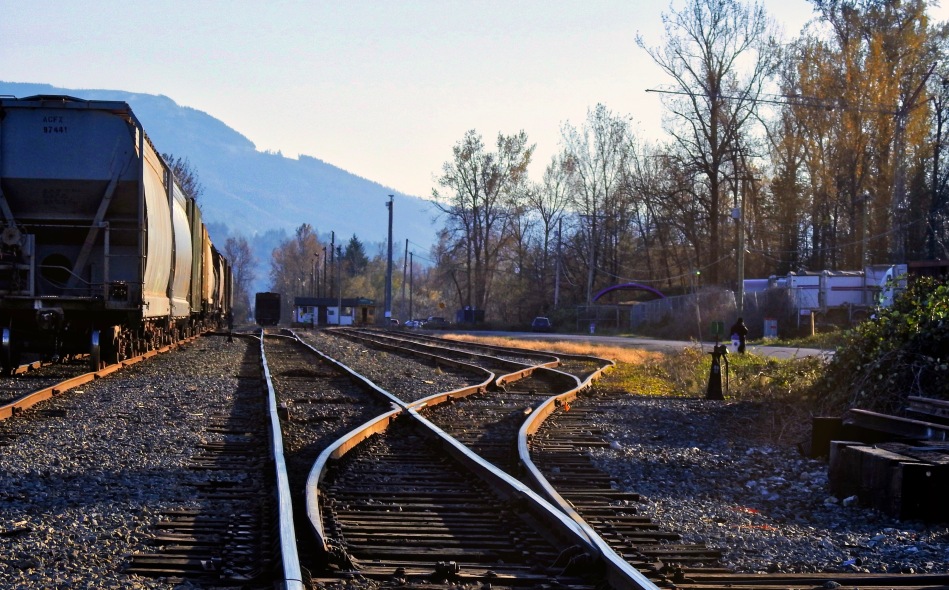 Here’s the main line down to the States at Huntingdon in Abbotsford. The little shack down the line is the border! 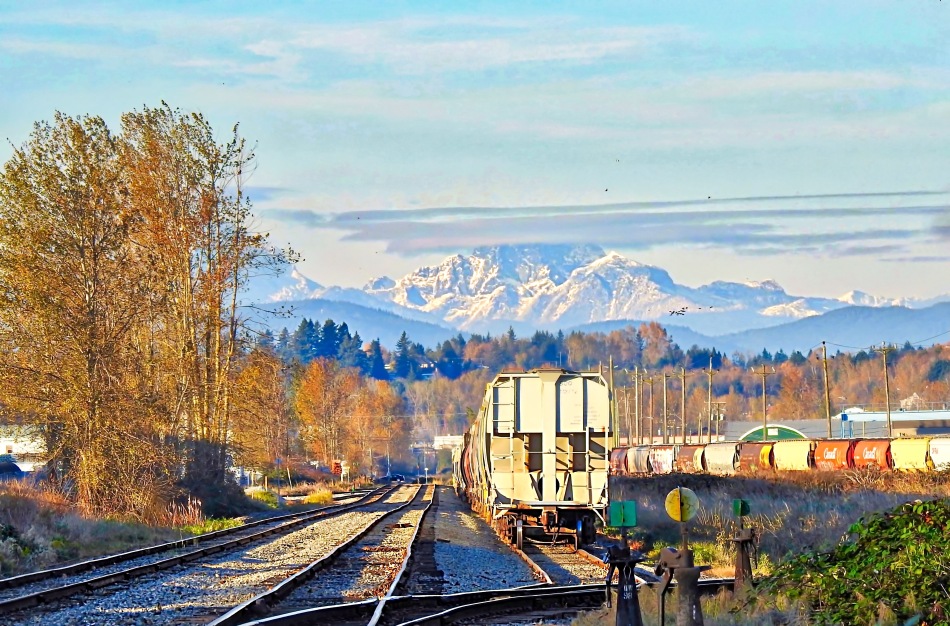 Looking north along the railway line from Huntingdon, in Abbotsford.